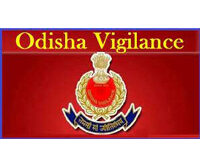 New Delhi, September 23, 2021: Association of CGD Entities (ACE), a not-for-profit company established under Companies Act to promote development of City Gas Distribution (CGD) sector in the country, announced appointment of Sh. Atanu Chakraborty as its Chairman and independent director for a tenure of 3 years.

Sh. Atanu Chakraborty, a 1985 Batch IAS officer from Gujarat Cadre brings with him rich and diverse experience in the areas of Finance & Economic Policy, Infrastructure, Petroleum & Natural Gas and other key areas of impacting the economy. He has served for the Government of India in various capacities during his distinguished career spanning more than 35 years. He retired from the services in April 2020, as Secretary, Department of Economic Affairs, Ministry of Finance and is currently Chairman and independent director in HDFC Bank. He has earlier served as Secretary, Department of Investment and Public Asset Management (DIPAM) in the Ministry of Finance, and as Director General of Hydrocarbon in the Ministry of Petroleum and Natural Gas. In Gujarat he served as CEO of GSFC Ltd., Vadodara as well as headed GSPC group of companies.

awareness about the latest developments in the CGD industry to disseminate knowledge with CGD industries in India and the general public and sensitise Government, regulator and other key stakeholders regarding imperatives for increasing share of natural gas in the City Gas Distribution (CGD) areas.

Sh. Chakraborty graduated as a Bachelor in Engineering (Electronics & Communication) from NIT Kurukshetra and holds a Master’s degree in Business Administration (MBA) from the University of Hull, UK.

Cuttack,9/10/2021 ( Odisha Samachar )- In one more Vigilance Operation today, on receipt of reliable …