Manama, 23/5/2022 (Odisha Samachar ) : Bahrain Odia Samaj (BOS) celebrated Utkal Divas – 2022 with pomp and splendour recently. To mark the occasion the ceremony venue, The Auditorium inside Indian Club was decked up aesthetically and was wearing the look of a Mini Odisha. The distinguished gathering include members and relatives of BOS, Non Resident Indians, Officials of Indian Embassy and members of Diplomatic Core belonging to different Countries. The Odia Community in Bahrain had a special reason to go for a massive and cheerful celebration because, Utkal Divas observation is taking place in offline after a long gap of two years due to corona disruption. 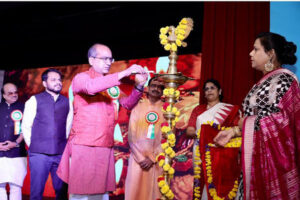 The Festival commenced with the lighting of ceremonial lamp by the Invited Guests. The recital of National Anthems of Bahrain and India as well as the State Anthem of Odisha,’Bande Utkal Janani’, witnessed the total audience on their legs with rapt attention. Delivering his welcome address the president of Bahrain Odia Samaj Dinesh Mohanty narrated the spectacular charitable and social services rendered by BOS during covid period. Particularly Shri Mohanty was highly appreciating the praiseworthy role played by the members of BOS in distributing essential food materials among stranded Odia families  during first wave of virus , then ensuring their safe evacuation to Odisha and mobilising funds to assist 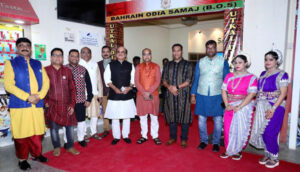 Indian Embassy in sending medical equipments to India during the acute second wave time. Exhibiting his extraordinary oratory skill, the Chief Guest Rajya Sabha MP and Member of Parliamentary Consultative Committee for Ministry of External Affairs,Sujeet Kumar mentioned about the all round splendid development made in Odisha during last two decades. Specially, Shri Kumar cited the example of Mission Shakti which has been responsible in accelerating the economic growth of rural and urban Odisha through socio – economic empowerment of women.

Attending the Festival as Guest of Honour leading Odia Industrialist and Chairman of ASMACS Group Dr Dev Loknath Mohanty gave a clarion call to NROs to spread the message of Odisha’s rich art,unique heritage, vibrant Culture  and beautiful language throughout the Globe. 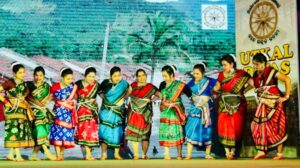 The major attractions of the cultural session were the scintillating musical renditions by celebrity singers duo Anindita Das and Abhijit Majumdar. The other noteworthy cultural presentations include the recital of Bande Utkal Janani, performances of Odissi, Sambalpuri and Bollywood dance in memory of Rishi Kapoor by the members of BOS. The Kids of BOS stole the show by their captivative performances on the themes of Festivals and Fairs of Odisha like Pana Sankranti, Kartik Purnima and Rath Yatra. 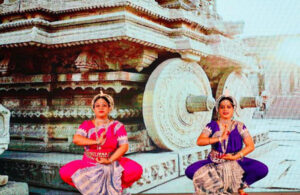 The teens of BOS were at their creative best in presenting the Bollywood’s hit dance numbers basing on the popular songs of Melody Queen Lata Mangeshkar. The audiences were completely moved by the unique Fashion Carnival on the Handlooms of Odisha staged by male and female members of BOS. Ace anchors Prabodha Kumar Sarangi, Arpita Sahoo, Sunita Sukalyani, Manasi Mohapatra, Ratna Patnaik, Yashaswi Jena, Gargi Sarangi and Aditi Sahu presented and conducted the proceedings of the entire programme in a smooth and seamless manner. The Celebration also witnessed multimedia presentation showcasing the essence of Utkal Divas and fragrance of Odisha and Odias.