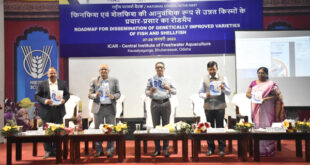 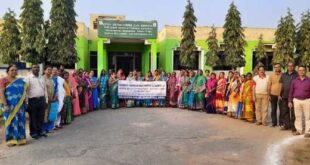 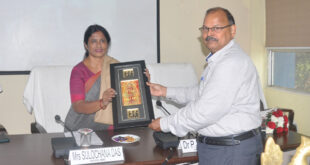 Bhubaneswar,15/5/2022 ( Odisha Samachar )- : Odisha Milk Farmers’ Association submitted memorandum to the Central Minister of State on Fishery, Animal Husbandry and Dairy who is currently in a two days Odisha tour.  They demanded  Minimum Support Price for milk (MSP) per litre at Rs. 50/-. In the memorandum they have said, as you know most of the illiterate women and half educated youths are involved in dairy farming in our country.  Due to their hard labour, india occupies the 1st position in the world in milk production. But the milk producers do not get remunerative price for their produce. Hence there is an every need of fixing up Milk MSP at Rs. 50/- per litre in the present era of price rise.

They have also requested the minister for taking of steps for inclusion of Milk & Milk product like Paneer & Milk powder in ICDS & MDM programme.  There by we can fight malnutrition among pregnant women & children in the country. They have urged that international agencies like unicef and undp can be envelope in this programme.

They have also demanded to install milk parlours on National Highways which can create additional employment opportunity for unemployed youths. Travelers going inter-state can be able to get tea, coffee, milk powder,  rabidi, curd, ghee, sweet milk & other milk products  and also can take rest if rest houses with toilet facilities can also be established along side.

They have also suggested to install dedicated Milk Hubs in the premises of different temples of the country where milk & milk products like milk, ghee, curd etc can be available for the rituals of the Gods & Goddesses.  Such hubs can be established inside Jagannath & Lingaraj Temple in Odisha, Kashi Viswanath Temple & Ram Temple in Ayodhya, Somnath Temple in Gujurat, Kedarnath & Badrinath in Uttarakhanda, Venkateswar Temple in Tirupati and Guru Vayur temple in Kerala etc. These stalls will exclusively cater to the need of the rituals of the temples during various festivals. They have also demanded to protect  the Grazing Ground (Gochara Land) across the country and the matter may be taken up with the State Govts. The 3 member delegation led by its state chairman Mr. Rabi Behera discussed all these points with the Minister who appreciated the demands and assured to take necessary steps in this regard at the earliest. Among other to accompanied Mr. Behera were Mr. Sudarshan Pradhan & Hrushikesh Sarangi who participated in the discussion with Hon’ble Minister. 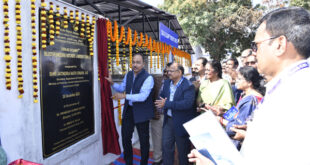