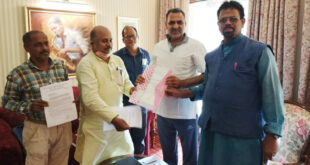 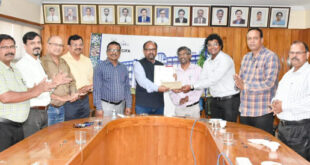 Around 300 farmers and farm women from different blocks of Khordha along with a host of dignitaries attended the programme. The Azadi Ka Amrit Mahotsav celebration has started from March 12, 2021 and will conclude on August 15, 2023, a year after the 75th anniversary of independence. Ministry of Agriculture and Farmers Welfare has launched the Nationwide campaign ‘KisanBhagidariPrathmiktaHamari’ during 25th to 30th April, 2022. 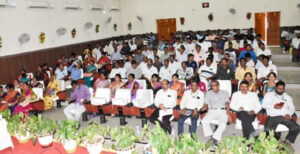 Significant milestones of agriculture development in last 75 years will be showcased, highlighted and brought to the attention of countrymen. Itwill highlight the activities and achievements under various flagship schemes of Government of India, viz.,  Pradhan Mantri Krishi Sinchai Yojana ;  Pradhan Mantri Matsya Sampada Yojana ;  e-National Agriculture Market (e-NAM);  Formation of 10000 Farmer Producer Organizations etc. informs  Dr. SarojK.Swain, Director, ICAR-CIFA. People’s participation is crucial for success of any Government program. Active participation and ownership of the scheme by the people will ensure its sustainability. He underlined thatKisan is our priority and we always to strive to ensure that our research serve the farming community.