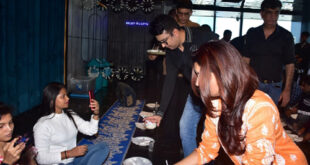 *When Gagan Arora suffered an ankle injury days before Tabbar’s shooting, leaving him anxious about his association with the project*

Rajender Singh, a notable bigwig amongst the Bollywood fraternity, is well known as the Bollywood Stars Promoter. In over two decades, he has promoted the Indian culture and heritage by successfully organizing over 125 concerts across the U.S. and about 12 internationally. Some of the high-profile stars that he has collaborated with include Amitabh Bachchan, Shah Rukh Khan, AnupamKher, DeepikaPadukone, Katrina Kaif, AishwaryaRai, PreityZinta, Anil Kapoor,Aamir Khan, Salman Khan, Rekha, and Kapil Sharma, among others.

The President of Star Promotions Inc.is now on a noteworthy mission of providing medical assistance to as many as possible in India. When India was battling against the devastating second wave of the coronavirus, Indian-American entrepreneur Rajender Singh began offering relief for Indians struggling with this deadly disease. 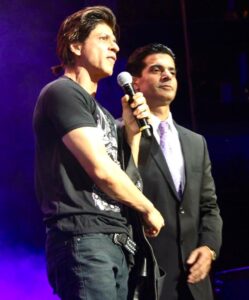 In his efforts to save lives, Rajenderhas been consistently providing help in India by shipping over 200 oxygen concentrators, 50 oxygen cylinders and several oximeters to the country.

1. Tell us about your incredible experience of being a Bollywood stars promoter?

Ans.I am a proud Indian and this is what I love the most about what I do. Through my work as a Bollywood stars promoter, I get to promote the Indian culture and heritage internationally. I have organized over 95 major Bollywood events across the US and my incredible journey of organizing events in US began in 1996 with superstar Dharmendra, Sonu Nigam and MamataKulkerni. My journey has been fabulous as I have had anhounour of working with legends like Amitabh Bachchan, AnupamKher, Shah Rukh Khan, and Amir Khan.

2. Memories that stand out?

Working with Amitabh Sir has been really inspirational. I remember once, there was a show in Houston, Texas which was obviously sold-out following Amitabh Sir’s stardom. Usually, the star of the show approaches the organizers if they need any tickets for personal use but Amitabh sir is so humble that he bought over a 100 tickets for his friends himself for his own show. He is an inspiration.

3. You have been a great inspiration for many as you have shown how help can be provided anywhere irrespective of your own location. How did it all began?

Ans. The second wave of the Coronovirus was an overwhelming period for us all. My phone was flooded with messages relatives, friends in India seeking his help. Seeing Americans walking around without masks and dining indoors at restaurants, I felt like I was betraying my country by being here. I felt paralysed by powerlessness and I knew something has to be done for those in need.I was getting calls from many states in India for help. Once the momentum picked up and the process got streamlined, one lead led to another since the need was so great.

4. How did you manage to send the help across India?

Ans.My routine had gone for a toss. After sleepless nights, I was compulsively following headlines about what is happening in India, tweeting requests for help and video conferencing with my friends and family.

Whenever I get a call from someone in distress, I tell them ‘Don’t worry. It’ll be alright.’ That’s half the battle won.

I got in touch with my contacts in the Health Ministry, both at central and state level, Indian Medical Association, local consulate, doctors, bureaucrats, politicians and celebrities, to make it easy for many patients who needed help during this crisis.

I am also thankful to Bollywood actor SonuSood, who helped me in procuring several oxygen concentrators in the shortest time, when needed critically.

At times, it took 50 calls to get a single bed in a hospital. Every life saved gave me fresh energy to help more. I am constantly in touch with Rajasthan health minister Raghu Sharma, Union Minister ArjunMeghwal, BMC Commissioner IS Chahal and several others who have helped me help the people in crisis during these testing times.

5. How was the situation in Houston?

Well, a lot many Indian-American families in Houston metropolitan area, are mourning the deaths of family members, checking on relatives with growing alarm. I worked with a panel of COVID-19 experts in Houston to provide free consultations to patients and overwhelmed doctors in India.

6. What is the current scenario?

Ans. In a good sign, the frantic calls for help have become less. Now the needs have also changed as the demand is grown for the black fungus medication.

7. What are your thoughts about the vaccination?

Ans. The fight against Covid seems to be long one and we can’t win this battle without vaccination. I hope people understand how crucially important it is get vaccinated.

Rajender, who grew up in the state of Rajasthan, India, moved to the United States to begin his career in event management. He gradually gained popularity and now he is widely recognized as the man who brings the entire Bollywood industry together. He has led the promotion of the celebrity of Hindi cinema not only in the country but even internationally. He has promoted the very Indian culture and heritage internationally.

Directed by Aparna Sen, the critically acclaimed made its world wide premier at the Festival …