Singapore CEOs worried about recession’s impact on business growth and talent, but see global economic optimism over the next 3 years: KPMG 2022 CEO Outlook 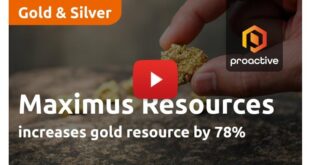 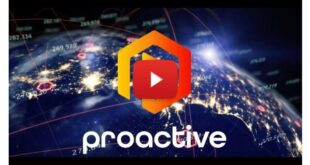 SINGAPORE –
Media OutReach – 4 October 2022 – The
KPMG 2022 CEO Outlook, which asked more than 1,300 CEOs at the world’s largest businesses about their strategies and outlook, reveals that their confidence in the growth prospects of the global economy over the next three years has rebounded from February this year, rising 11 percentage points to 71 percent, the highest since the start of the pandemic in early 2020. In Singapore, CEOs are slightly more optimistic than their global peers at 72 percent.

These positive findings come even as 86 percent of CEOs globally anticipate a recession to hit in the next 12 months. Majority of CEOs (Global: 71 percent; Singapore: 80 percent) are also predicting that a recession will impact up to 10 percent of their anticipated earnings. Yet, these business leaders are confident that the global economy over the next six months remains resilient, with 73 percent indicating so, up 13 percentage points since early 2022 – indicating that CEOs around the world are looking towards the future and seeing opportunity in uncertainty.

Ong Pang Thye, Managing Partner, KPMG in Singapore, said: “The findings from the
KPMG 2022 CEO Outlook show that CEOs worldwide are displaying greater confidence, grit and tenacity in riding out the short-term economic impacts to their businesses – as seen in their rising confidence in the global economy and their optimism over a three-year horizon. Compared to previous years, CEOs now feel better prepared to weather short-term challenges with resiliency measures such as boosting productivity, managing costs and reconsidering digital transformation strategies to manage impacts. We are also seeing many positioning for long-term growth, such as in Singapore where about 80 percent of CEOs have indicated that their corporate purpose will have the greatest impact in building customer relationships over the next three years. Mergers & acquisitions (M&A) remain popular as well, with 84 percent of Singapore’s business leaders valuing innovation to build a cutting edge amid a globally competitive landscape.”

PRIORITIES AND CONCERNS OF CEOS

CEOs are positioning to stay competitive despite recession

Even as over half of CEOs globally (58 percent) anticipate the recession will be “mild and short”, three-quarters (75 percent) are predicting further disruptions to their businesses that can make it difficult to rebound from the pandemic. In Singapore, only 32 percent of CEOs agree that the recession will be mild and short, however, they feel far more optimistic than their global peers, with less than half (44 percent) of Singapore CEOs saying that a recession would upend their anticipated growth over the next three years, as compared to 73 percent of their global peers. Singapore CEOs still expect to see growth in company earnings over the next three years, but they have since reined in their expectation with a majority (60 percent) suggesting an earnings outlook of up to 4.99 percent per annum over the next three years.

To keep growth healthy, the M&A appetite of CEOs over the next three years remains high despite economic concerns, with 85 percent of CEOs globally and 84 percent of Singapore CEOs having moderate to high M&A appetites. With higher interest rates and borrowing costs, innovation will be key to staying competitive. CEOs are also concerned that deal makers may be taking a much sharper pencil to the numbers and focus on value creation to unlock and track deal value, every step of the way.

Three-quarters (75 percent) of CEOs globally say there is still a strong link between the public’s trust in their business and how their tax approach aligns to organisational values. Hence, unsurprisingly, Singapore CEOs have developed a better grasp of the new global tax rules and expectations this year, even though the implementation timeline of the global rules has been delayed to 2024. In 2022, 68 percent of Singapore CEOs say that the global minimum tax regime is of significant concern to their organisation’s growth, down from the 80 percent seen in 2021 – demonstrating that they are feeling less anxious about the upcoming implementation of these regulations. These sentiments have also had a positive impact on the way they view public reporting of their global tax contributions, with only 56 percent of those in Singapore indicating that they feel greater pressure to increase reporting, a 32-percentage point drop from the 88 percent in 2021 and far lower than the 74 percent of CEOs globally.

Ahead of an anticipated recession, 88 percent of Singapore CEOs have embarked on or are planning a hiring freeze over the next six months. They have also taken or planned other steps such as diversifying their supply chain (92 per cent).

When asked to take a three-year view, Singapore CEOs are more optimistic than their global peers – 92 percent expect to eventually increase their headcount up to 10 percent, while the remaining 8 percent believe that it will stay the same. Globally, 21 percent of CEOs expect either the same or a further reduced headcount.

CEOs also recognise that quality talent is critical for growth in the longer term. Nearly a third (32 percent) of Singapore CEOs say their top operational priority over the next three years will be to strengthen their employee value proposition to attract and retain the necessary talent.

Current uncertainty, coupled with a need to embrace a technology-driven future of work, is driving CEOs to continue to prioritise corporate digital transformation. 48 percent of Singapore CEOs recognise that driving such initiatives at a rapid pace will be critical in the competition for talent and customers. However, CEOs say their progress is being held back by struggles in deciding on the right technology (60 percent) and managing the risk and compliance of the transformation (68 percent).

In addition, 76 percent of Singapore CEOs are worried that global issues such as geopolitical tensions, the climate crisis, deglobalisation and the risk of stagflation could impact their digital transformation strategy over the next three years. Nevertheless, CEOs here are cognisant that they will need to do more to catch up with their peers globally, with only 28 percent say they are content with where they are on digital transformation as compared with 71 percent global CEOs.

In terms of top concerns faced by business leaders, CEOs globally were primarily fatigued by continued uncertainties posed by the pandemic (15 percent), aside from the potential of rising interest rates, inflation and anticipations of a recession (14 percent). Even as they take steps to insulate their businesses from the upcoming recession, CEOs in Singapore are more aware of the broader public scrutiny on their corporate purpose and environmental, social and governance (ESG) accountability, reflected by their choice of reputational risk (20 percent) as the top concern. However, economic pressures remain a real concern with over half of CEOs in Singapore (52 percent) mulling over whether to pause ESG efforts in the next six months. The table below lists the top three pressing concerns for CEOs globally and locally.

Top 3 pressing concerns for CEOs globally and in Singapore

Bill Thomas, Global Chairman & CEO, KPMG, said: “Once-in-a-generation issues — a global pandemic, geopolitical tensions, inflationary pressures and financial difficulties — have come in short succession and taken a toll on the optimism of global CEOs. While it’s unsurprising the economic climate is now a top concern for business leaders, it’s reassuring to see high levels of confidence among executives in their own companies and their longer-term prospects for growth.

“The events of recent years have created real turbulence for the business community. Our findings should provide some cautious optimism that, in contending with and overcoming these ordeals, executives are more confident in their companies’ resilience and are focused on mitigating some of the very real uncertainties we face today.”

Amid continued demand for increased reporting and transparency on ESG issues, CEOs globally (38 percent) and in Singapore (32 percent) say that their top challenge in communicating their ESG performance lies in articulating a compelling ESG story to stakeholders – similar to last year. In Singapore, CEOs are seeing the biggest stakeholder demand from regulators (33 percent), with pressure from employees and new hires on the rise this year at 28 percent as compared with zero percent last year.

Some of the barriers Singapore CEOs face in delivering on their ESG strategy include identifying and measuring agreed metrics (28 percent) and a lack of budget to invest in ESG transformation (20 percent). Also key to achieving their net zero and climate ambitions will be in attracting the right talent and skills. Nearly a quarter (22 percent) of global CEOs say a lack of skills and expertise is hindering the implementation of solutions — similar to the 28 percent seen in Singapore and an increase from 16 percent earlier this year.

Global CEOs are also recognising the need to pay closer attention to the ‘S’ in ESG going forward, with nearly three-quarters of respondents (72 percent) believing that stakeholder scrutiny on social issues will continue to accelerate. Forty percent of Singapore CEOs say that taking a more proactive to societal issues will be the main driver towards accelerating their company’s ESG strategy over the next three years. This is also the top driver for CEOs in the region (37 percent) and globally (34 percent). In fact, four in five Singapore executives (80 percent) have indicated that they have a responsibility as business leaders in driving greater social mobility.

CEOs also find that ESG initiatives are also starting to pay off financially, with a majority of those in Singapore (56 percent) reporting that these programmes have made a positive impact on their financial performance, up from the 40 percent last year. In addition, 44 percent of Singapore CEOs believe that failing to meet stakeholders’ ESG expectations could make raising finance much more costly and difficult. To meet stakeholder expectations, 88 percent of CEOs here expect to rely more on external assurance of their ESG data, far higher than the 52 percent globally and the 55 percent regionally.

However, as economic uncertainty continues, more than half of COEs here (52 percent) are pausing or reconsidering their existing or planned ESG efforts in the next six months, while 28 percent have already done so. Increased worldwide geopolitics have also affected the ESG plans of 60 percent of Singapore CEOs.

Cyber security has dropped from the top five risks to growth over the past year, with only 6 percent of CEOs globally naming it as their top risk. With rising economic concerns, interest rate and regulatory risks have emerged as among the key threats to growth for CEOs in Singapore (16 percent each), cyber security risk has similarly fallen to 4 percent, placing it among the lowest.

However, the cyber environment continues to evolve with 77 percent of CEOs globally and 60 percent of CEOS in Singapore saying that their organisation views information security as a strategic function and as a potential source of competitive advantage. Nearly three-quarters of organisations (72 percent) in Singapore are also confident in their preparedness against a cyber-attack, higher than the 69 percent in Asia Pacific and 56 percent globally.

The issuer is solely responsible for the content of this announcement.