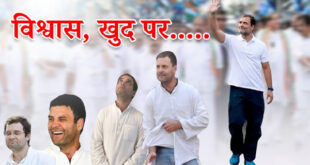 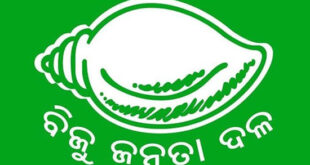 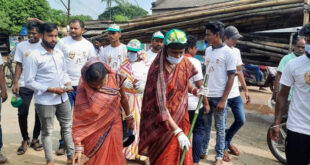 – According to the numerologist, Aam Aadmi Party is expected to win many seats in the Gujarat assembly elections – BJP to face tough competition

All political parties have geared up for the upcoming Gujarat Assembly election which is to be held in December 2022. But this time, it is the Aam Admi Party that is making big headlines. It looks like AAP is all set to give tough competition to its counterparts in the election. The party has released the list of its candidates and has started organizing huge gatherings with Party Chief and Delhi Chief Minister Arvind Kejriwal across the state. Suffice it to say, AAP is trying its best to ensure and deliver its messages to the Gujarat voters. Meanwhile, internationally renowned numerologist JP Tolani has made a big prediction about the Gujarat assembly elections and has claimed that the Aam Aadmi Party will become the second largest party in the state. 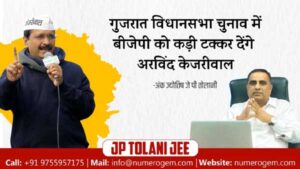 JP Tolani, who had made accurate political predictions such as about the winning seats of the Samajwadi Party in the last UP assembly elections and Bhagwant Mann’s win in the Punjab elections, can bring a new change in the Gujarat Assembly Elections.

Aam Aadmi Party will ride on a victory chariot

Radix (Birth Number) and Bhagyank (Destiny Number) have special significance in numerology or numerology. In the past, JP Tolani has accurately made predictions on the Elon Musk Twitter controversy, Mukesh Ambani’s resignation from the board of Reliance Jio, and Kangna’s political debut. According to numerologist JP Tolani, the core numbers for politics are 1,3,4 and 7, and at the time of the Gujarat elections, i.e. during November, the Aam Aadmi Party will be 11 years old, where the power of number 1 is expected to increase eleven times. The Bhagyank or Destiny number 6 of the Aam Aadmi Party (33=3+3=6) represents growth, and this year’s total (2+0+2+2) also comes to 6, so the Aam Aadmi Party may come out on a victory chariot during the next Gujarat elections.

Numbers in favor of Arvind Kejriwal

Calculating the AAP party composition and the numbers of Delhi Chief Minister Arvind Kejriwal, his Birth Number (BN) is 16/7, and hence he has always emerged as a good orator. Number seven also signifies that he believes in helping society through free services. In such situations, the more they help people, the more their chances of success increase. Also, his Bhagyank makes a combination of 3,1,4, which represents Shakti or Power in politics, and even his name, 19/1 and 40/4, also supports this. Additionally, Gujarat has total seats of 182 (1+8+2 =11) which again proves helpful for the running edge of the Aam Aadmi Party.

It is not easy to demolish BJP’s fort

On the other hand, it will not be easy for Kejriwal, who is proving to be a headache for the ruling BJP, to demolish its fortress. According to the calculations of Numerologist Tolani, popularly known as Neurogem, NDA 10/1, National Democratic Alliance 83/2, led by Bharatiya Janata Party (45) 9 was incorporated in May 1998. Number 9 has the power to control all numbers, so BJP is controlling NDA. Since it will also have a running age (RA) of 25/7, which is also helpful for Gujarat (18/9), as well as the number of Bharatiya Janata Party (45/9), the state showed that How BJP remains the most favored party in Gujarat.

According to Tolani Ji, since PM Modi (Narendra Damodar Das Modi – 72/9) is also at number 9, it is no surprise that he has always been a favorite of Gujaratis. His birth date is 17/8 and his combination is 17/09/1950 which makes him hard working and helpful. Apart from this, 32/5 makes him an excellent communication expert. Further, Modi Ji’s running age during the Gujarat elections will be 73/1, which once again shows all favorable numbers for Gujarat.

AAP can win many seats

As per Numerology, it is clear that there will be a tough fight between Aam Aadmi Party and BJP, but since BJP has the face of Modi Ji, who has always been the favorite of the people of Gujarat, BJP will come back to power. But AAP is also expected to give tough competition to BJP in these elections. The AAP may secure 55 and 70 seats.ss

The above calculation is completely based on numerology. 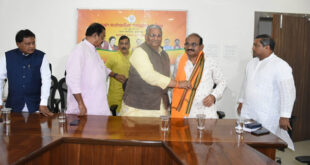