Patna,10/5/2022 ( Odisha Samachar )- The extended meeting of the National Working Committee of Web Journalists Association of India (WJAI), the first nationally registered organization of web journalists, was held under the chairmanship of National President Anand Kaushal at the Youth Hostel in Patna on Saturday. 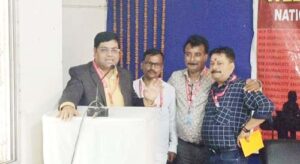 In the presidential address, Anand Kaushal said that a Global Summit of Web Media will be organized in Patna in September. In this two-day summit, there will be a gathering of like-minded organizations and web journalists from all over the world including every corner of the country. The Union Ministry of Information and Broadcasting and the head of Bihar will be requested to have a dignified presence in the opening and closing ceremony of the summit. Organizational, technical, legal, intellectual sessions for two consecutive days, cultural rallies of different states, cultural programs, competition of school children, Programs will be organized in the direction of empowerment of half the population so that a wider canvas can be given to the event. Various subcommittees will be formed for this. 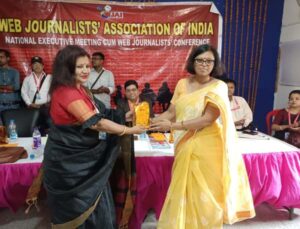 In the meeting, a lot of brainstorming was done to maintain the quality, credibility and trust of web media in the country, consolidating which National General Secretary Dr. Amit Ranjan said that after recognizing web media and web journalists across the country, WJAI’s Born Objective served, its Web Journalists Standard Authority (WJSA) is the country’s largest Self Regulating Body (SRB) registered with the Ministry of Information and Broadcasting with its member portals. He said that the organization will now open a phased front of such portals which are not members of any SRB nor have complied with the three-tier Grievance Redressal Mechanism of the Ministry, nor have made available the information of their portal to the Ministry of Information and Broadcasting in the prescribed format. comply with any self-regulation. He said that the Facebook post,

It was unanimously decided in the meeting that on the basis of the recommendation of the State Committees on the vacant seats, the National Working Committee would announce the selection of qualified persons by relieving them of the officials and members of the National Working Committee, whose participation and activity in the meetings are zero. The core committee was authorized. 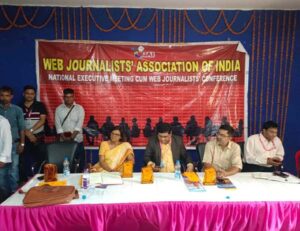 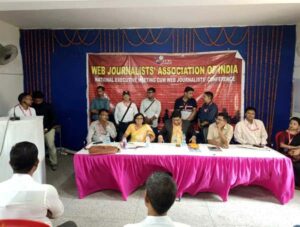 President Suraj Kumar, Vice President Suraj Kumar, Secretary Brajesh Pandey, Nayan etc. jointly announced to support 51,000 rupees for the Global Summit and the venue, while in the very beginning itself, National President Anand Kaushal provided personal support of 11,000. . In the meeting, it was decided to take continuous actions in the direction of housing, accreditation, security, cooperation in group insurance emergencies, etc. for web journalists. In the meeting of the National Working Committee, the members expressed their condolences to the eminent late editor and owner of BeforePrint Shailendra Dixit ji by keeping a silence of two minutes. The members threw light on the life story of the eminent senior journalist and said that his death is an irreparable loss to the journalism world and is like the end of a generation.