Bhushan Kumar in the city of Nawabs! 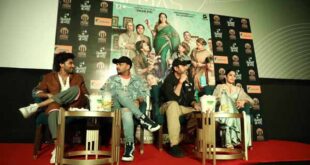 The head honcho of T-Series, Bhushan Kumar is on a work spree! After culminating film promotions and set-visits in Delhi last week, Bhushan Kumar was recently in city of Nawabs for a work trip. With two of T-Series’ home production being shot there, the touted film producer sojourned in the town. 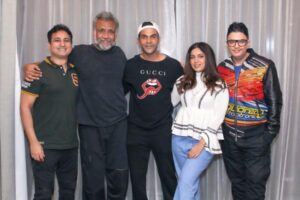 Produced by T-Series, Bheed’s shoot kicks kicks off in Lucknow, Bhushan Kumar visited the sets of this Anubhav Sinha’s directorial to meet actors Rajkumar Rao & Bhumi Pednekar. Apart from this, he is also producing Vikram Vedha which is currently being filmed there – directed by Gayatri Pushkar, the film stars Saif Ali Khan and Hrithik Roshan in titular roles. Whilst working, he didn’t miss out on relishing the Lucknowi delicacies in the city – truly making this trip a Lucknowi affair.

Previous Sony SAB’s ShubhLaabh – AapkeyGhar Mein welcomes Ashish Kapoor as a Masterchef!
Next Gas-O-Fast strengthens its digital presence with a new campaign and messaging in the industry

“The boys are back in town!”

New Delhi 26th May 2022:Alongside a reggae/dub style intro and an old-skoolBhangra beat influenced melody, …