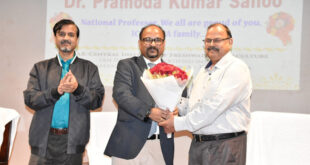 Bhubaneswar, 27/11/2021 ( Odisha Samachar )- Bharatiya Bhasa andolan and its national as well as the regional leaders are not keeping any stone unturn for implementation towards introduction of regional languages across the nation in their respective High Courts in India so that there shall be an equal respect to the National language, Raj Bhasa, that is Hindi as said by Mr. Prasanta Varma in a press conference while celebrating Constitution Day on 26th November, 2021.

Bharatiya Bhasa andolan besides the Honble Supreme Court, Delhi High Court and all the District Courts in Delhi and even in number of Tribunals in Delhi. Bharatiya Bhasa Andolan and its leaders across India have distributed hundred of kilos of Laddu on this occasion in various courts in India today. In odisha, west bengal, bihar, uttar pradesh too thousands of lawyers participated in various courts on constitution day program today and make the program across the nation a grand success. For constitutional amendment to the provisions of Article 348 thousands of meeting across the nation has been organised and it is being felt that the organisation will be successful in its effort for last one decade. 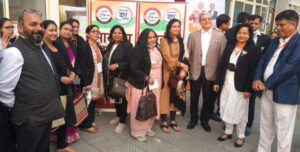 In the recent Raj Bhasa conference on Amrut mahotsav the Honble Home Minister has boost the feelings of the people in the organisation that the central Government would work on implementing languages of India in its court too at Kashi, Uttar Pradesh.

Supplementing to the activities of Bharatiya Bhasa Andolan, Mr Varma said that even at this stage we have miles to go in so far as implementing the Indian languages in our Courts. However, the days are not far off to achieve our noble goal and it is the work of the entire citizens for which people’s desire for self esteem on their language is quite important. Mr Varma also said that the organisation have its visionary leaders lead by Mr. Arun Bharadwaj but for whose sincere effort we will succeed. 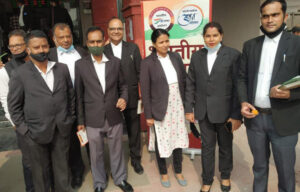 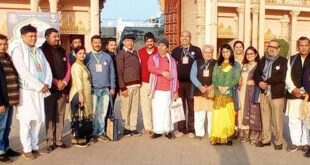