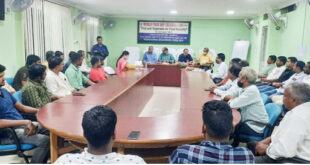 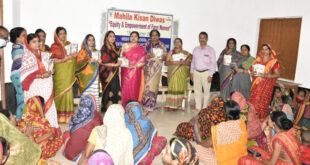 Cuttack,12/09/2021 ( Odisha Samachar )- Water is a prime natural resource, a basic human need and a precious national asset. Its’ planning, development and management is therefore most important and need to be governed by the national perspective. Under such scenario, AsrukhalaJora, a perennial water body is one of such unfortunate lengthest wetland-jewel of the state which is now facing the danger of extinction and triggers urgent attention of Government for its renovation and restoration to save a precious water reserve to save lives. 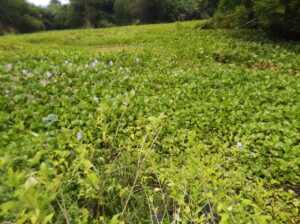 Asrukhala popularly known as Jorahas a mysterious history which is yet to be explored. It is revealed that this Jora was originated from it’s Mother River ‘Sukapaika’ at Saukheta of BabujangGrampanchayat under Nischintakoili block which is under Cuttack Sadar Constituency and has flown through the Mahanadi- Chitrotpala- Paika, Islands of Patkura and Mahakalpada Assembly Constituencies  uptoTikarpanga in Mahakalpara block of Kendrapara district finally draining into Bay of Bengal. So the origin of this Jora was from “Sukapaika” river which is a distributary of THE MIGHTY MAHANADI. The length of this snake shaped wetland is 63 KM and is probably lengthiest wetland of the state.

To save the lives and properties of people from the calamity of repeated floods which was generally occurring each year, the Government constructed embankments on either side of the rivers Sukpaika and closed the flood water entry points of Chitrotpala which completely stopped the natural water-inflow during flood into AsrukhalaJora. Thereafter lack of proper maintenance by Government ,proliferation of an invasive floating weed water hyacinth (Eichhorniacrasipes) as well as rooted wild fern and unethical human activities like encroachments and blockage of its passage have resulted in  getting it fragmented into several pieces. This wetland has since been degrading gradually in size threatening the entire eco-system. As a result, the utility potentials of the wetland have been drastically affected and disappeared now as a single-flow water body. These have impacted in drastic reduction in water volume in the wetland and now at the verge of extinction. 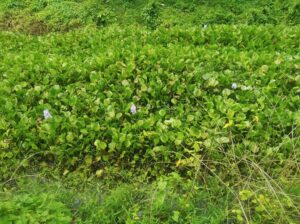 This natural wetland was the life-line of the people living on either sides of wetland and was instrumental in providing livelihood to about 50,000 people through fisheries, agriculture besides meeting all the domestic requirement of water. That is why the economic standard of the village people was although not so high but good enough to maintain their families preventing no migration into the cities for earnings.Interestingly, people living on either sides  ofAshrukhola were used to acquire boating and swimming skills. But the weed infestation now is challenging the ecological stability of the wetland water bodies posing a threat to its biodiversity besides suppressing the growth of native plants and negatively affecting on microbes including fisheries. Even the migratory as well as resident birds have been forced to abandon the wetland due to want of food. So, In this cyclic impact”, the wetland ecosystem has been severely degraded and the survival of the lake is now threatened.Even the efficiency of this wetland to serve as a major natural drainage system to dispose rain water is not possible.

The local people have urged the state government for its immediate renovation and restoration of biodiversity of this natural water body and making  necessary provision of inletting flood water from river chitrotpala or Sukpaika or both though dug-out channels with the provisions of sluice gates for controlled water in-letting and construction of intermittent check walls to reserve water for optimum utilization by the people residing on either side of Asrukhala for their socio-economic  upliftment preventing migration to other cities for job.