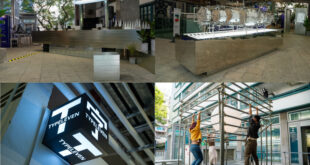 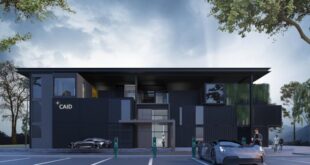 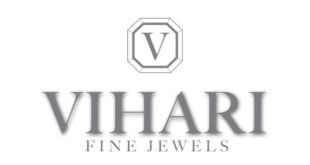 During the Period, the Group achieved encouraging results with a stable growth in revenue. Revenue increased by 85.2% year on year to RMB 3.307 billion; gross profit amounted to RMB 1.024 billion, representing an increase of 145.9% year on year. The increase in gross profit was mainly attributable to the increased number of projects delivered during the Period, which included several projects with higher gross profit. The projects have increased the gross profit margin to 31.0%, which is a 7.7 percentage points higher than the same period last year. Net profit amounted to RMB 217 million with a year-on-year growth rate of 141.2%. Profit attributable to owners of the Company increased significantly by 234.8% to approximately RMB 244 million. Basic earnings per share were RMB 0.18. The board of directors of the Company has resolved not to declare an interim dividend for the Period (2020: Nil).

In the first half of 2021, the
Group followed the geographical layout of “2+1+X”, which focused on the Beibu
Gulf Economic Zone, consolidated the existing layout in the urban
agglomerations of the Western Taiwan Strait Economic Zone, and established a
relatively stable economies of scale. Meanwhile, the Group seized the
opportunity of relocating the headquarters to Shanghai, by expanding quickly in
the Yangtze River Delta region, as well as successively entered core cities
with economic vitality. The Group has strengthened strategic cooperation with
leading companies in the industry, all of which will lay a solid foundation for
the Group to become a national comprehensive real estate corporation. During
the Period, the Group’s contract sales amounted to approximately RMB25.51
billion, and the contracted sales area was approximately 2.491 million sq.m..

The Group prudently adopted land acquisition
methods such as public bidding, auction and listing, and by forming joint
ventures, the Group obtained a total of 19 high-quality land parcels with a
total planned gross floor area (“GFA”) of 2.93 million square metres (“sq.m.”),
the total land reserve maintained a steady growth. As of 30 June 2021, the
total GFA of the Group’s land reserve was approximately 22.00 million sq.m.,
among which the GFA of properties under development was approximately 20.99
million sq.m., the GFA of completed but undelivered properties was
approximately 0.85 million sq.m., and the rentable GFA for property investment
was approximately 0.16 million, providing sufficient support for future
development.

While the performance has grown
steadily in the first half of 2021, the Group’s capital structure has also been
significantly optimized. As of 30 June 2021, the net gearing ratio was 47.7%, and
the cash to short-term debts ratio was 1.2 times, maintaining at a stable
level. The Group had sufficient cash of approximately RMB7.98 billion cash and
bank balances, reflecting that the Group has sufficient working capital and is
in a healthy financial position.

Looking ahead to the second half
of 2021, Mr. Wu Di, the chairman of the Group concluded, “the
Group expects that the land market will cool down under the implementation of
various policies. With the continuous strengthening of financial supervision in
the real estate market, the amount of new loan facilities may be limited in the
second half of the year, and mortgage interest rates in some cities will rise.
The tightening of the overall credit environment may affect the sentiment of
the property purchases to a certain extent. The Group will continue to uphold
the principle of seeking progress while maintaining stability, maintain
bottom-line thinking, and balance and predict development and risks. On one
hand, we will adhere to the strategy of deploying urban agglomerations and
cultivating metropolitan areas. We will remain cautious with a positive attitude,
and adhere to diversified land acquisition methods. On the other hand, we will
continue to focus on customers, continue to improve the quality of
service and customer satisfaction. We will continue to improve the level
of financial and cost management in accordance with the requirements of the
capital market, while maintaining high transparency and good corporate
governance, and continuously improving the operating capabilities of the Group.
In addition, the Group will continue to adopt the friendly platform strategy,
explore opportunities to provide equity interests to attract strategic
investors, platform resources, and other ways, to promote the Company’s steady
development and strengthen its core competitiveness. Finally, the Group will
strive to become a high-quality listed company with sustainable development
capabilities through continuous improvement of overall performance, so as to
achieve a win-win situation for customers, employees, society, and
shareholders.

Previous Koo Zooms Past 1 Crore Downloads
Next Thums Up Salutes the Strength and Resilience of Paralympic Athletes Supports Inclusion, Diversity in Sports with its ‘Taane Palat De’ campaign 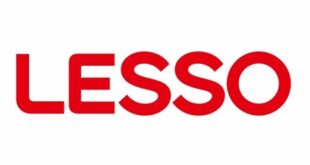