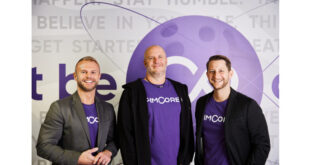 Dave
is taking over from Miyuki Suzuki who has decided to retire after an
illustrious career spanning nearly four decades. Dave has been with Cisco for
20 years and held various leadership roles during that period. Most recently,
he was the Head of Cisco Japan, where he launched the Japan Country
Digitization initiative, built important strategic alliances with key Japanese
companies, and drove sustained growth in one of the most strategic markets in
the region.

Prior
to that, Dave held global leadership roles in Cisco, including leading
worldwide Enterprise Networking and Security sales. He has also led Cisco’s
technology business in Asia-Pacific and Japan and served as the Chief
Technology Officer for the region. Dave has spearheaded various key
initiatives, designed and implemented innovative go-to-market models, and led
multi-year digital transformations for customers.

Irving
is moving back to Singapore after spending three years in the US where he was
the Executive
Vice President and Chief of Operations. During his time running
Operations, Irving led an incredible transformation and managed effectively and
gracefully through several global challenges — most recently leading many of
Cisco’s pandemic response efforts.

Before moving to the US, Irving held multiple
leadership roles in Asia Pacific, Japan and Greater China, including leading
the region. He grew the business consistently during his four-year tenure and
advanced Cisco’s position as one of the most trusted IT partner for companies. Irving will
partner with Dave and his leadership team on special projects to drive growth
across the region.

Commenting
on his appointment, Dave West said: “We are witnessing a major shift in the way
businesses operate with technology driving the change. Home to some of the
fastest growing and diverse economies in the world, Asia is leading the charge
on this front. As a global leader in networking, collaboration, and
cybersecurity, we are committed to working with our customers and partners to accelerate
their digital transformation so they are ready for the future and can fully
leverage the growth opportunities that are opening up. I am delighted to be
given the opportunity to lead our business in this dynamic region and am
looking forward to building on our success”.

“During
his 20 years at Cisco, most recently as the head of Japan, Dave has
demonstrated a strong understanding of the region, a great talent for
recognizing and maximizing market trends and transitions, and the ability to
motivate teams and drive growth. He’s the right leader at the right time. I am
delighted that Irving is taking on the role of Chairman for APJC. His
experience on the Executive Leadership Team, and as a former leader of APJC,
will be invaluable to our efforts to drive sustained growth in the region.”
said Gerri Elliott, Executive Vice President and Chief Sales and Marketing
Officer at Cisco. “I also want to thank Miyuki for her
immeasurable contributions to our customers, partners, and teams, and to me
personally. She’s a tremendous leader, leaves a great legacy behind, and I’m
looking forward to partnering with Dave to build on that great foundation.”

Currently
based in Tokyo, Dave will relocate to Cisco’s Asia Pacific, Japan and Greater
China headquarters in Singapore. 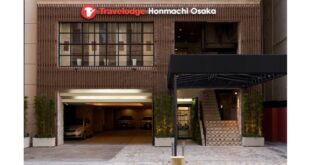